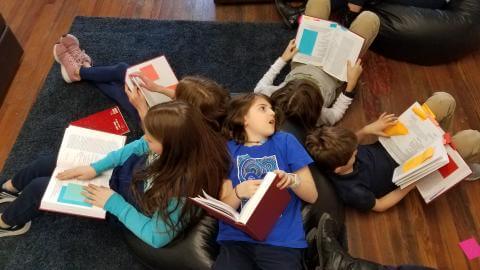 What do we do when we disagree? With each other? With a text? With Torah? It happens! This week we wrestled with a Pesach classic, Dayenu.What? Wrestled? But that song is so catchy! It’s also pretty violent and poses some values that we don’t share and that aren’t totally comfortable to us at Makom Community.

The premise of Dayenu is thanking God for all the things that God did to help us leave Egypt, and saying that any one of those things would have been enough. Here is the text translation of Dayenu that we used:

God did all of these things good things for us, and each one alone would have been enough to earn our thanks: God took us out of Egypt; did justice to the Egyptians; got back at their gods; killed their firstborns; gave us their money; split the sea for us; brought us through it on dry land; drowned our enemies in it; supplied for our needs in the desert for 40 years; fed us man (manna); gave us Shabbat; brought us in front of Har Sinai (Mt. Sinai); gave us the Torah; brought us into the land of Israel; and built us a temple.

Kiddos said that they express gratitude by:

After that, we dug into what we can do when we disagree with another person:

Then we explored questioning the text itself. We did an activity where kiddos stood in the middle of the room and one side was the agree side and the other was the disagree side, and I would give them a sentence from Dayenu like “I’m thankful that God took us out of Egypt” and they would pick a side indicating their agreement or disagreement.

We regrouped and talked about the mixed feelings we had about some of the parts of Dayenu. We discussed what we do when we disagree with a text, a song, or Torah. We looked at the plot points of the leaving Egypt story and argued about which parts we personally felt thankful for, and which parts we didn’t feel thankful for.

This week your kiddos did some heavy lifting, and bravely dared to question a text from Haggadah.  Knowing that we can question and challenge Jewish tradition is a core approach to Jewish wisdom at Makom Community. We are excited to continue to question next week when we explore the four questions! 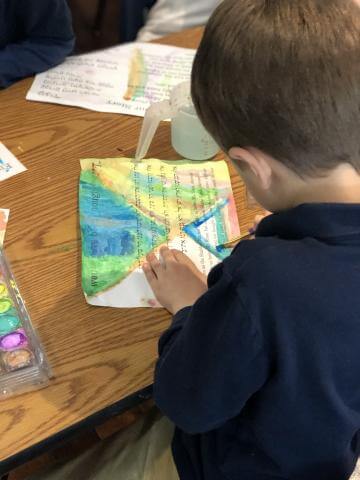 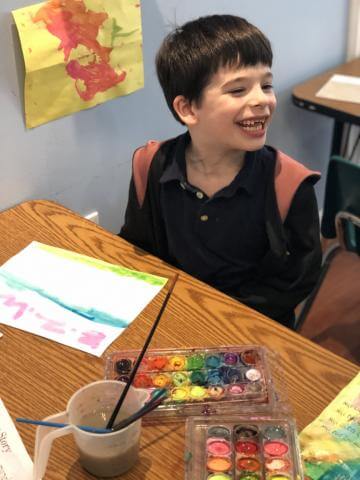