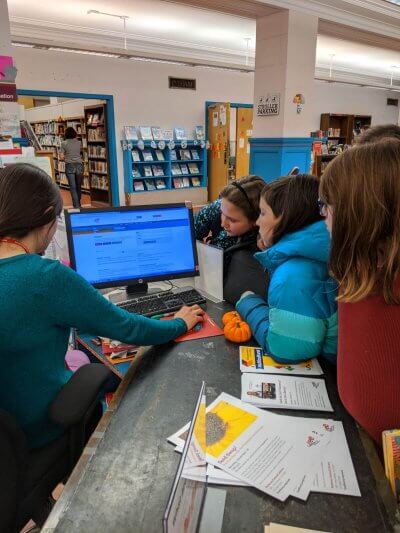 How can we re-balance the record and put women’s voices to the front? Can I design an experience that gives a person today a taste of the experience of immigrating to the USA in the 19th century?

I was so pleased with the dedication of this group to finding historic material that interested them. We spent an amazing afternoon at the Parkway Central Library back in December. All of our cohort came to the library without knowing what they wanted to research and everyone left with a topic and multiple sources to use in their research. It was great to remember that, while the internet is useful for research, physical sources help jog our imaginations unlike anything else. And Google doesn’t hold a candle to trained librarians (thanks Naomi Socher-Lerner)! 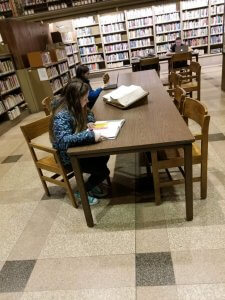 Each student created a unique project that differed in its design from all the others: quizzes, choose your own adventure, video games, and more! As we build to our BMitzvah capstone projects, these research and project design skills we’ve been building are going to come in handy. In the spirit of that continued learning, I’ve invited each of our BMitzvah students to describe their own projects in this blog post. Take a look! 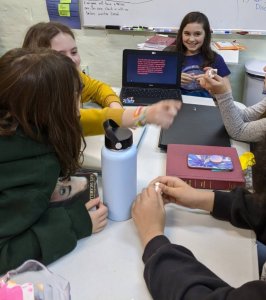 My project was a slideshow that was a choose-your-own-adventure. It was about three adventurers who brought a gem to Queen Denise, the daughter of Hedy Lamarr, the woman I researched. In the end, they found Hedy’s invention for secret conversations (a real thing!). 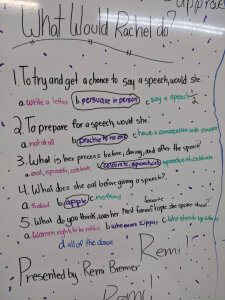 My project was on Rachel Ray Frank. She gave sermons and helped change unfair ways of Judaism. I really enjoyed learning about her and the very helpful ways she changed the rules of praying. 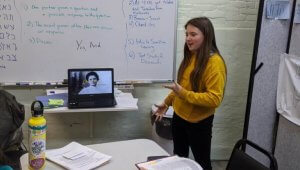 My American Jewish History project was on Clara Lemlich. Clara was a Jewish immigrant from the Ukraine. She worked at a garment factory in New York. She quickly started to join union groups and protests. In 1909 Clara encouraged the incite of the Uprising of Twenty Thousand, a strike that lasted 2 months! She is an inspiration! Clara is proof that if you put your mind to it, you can accomplish anything! 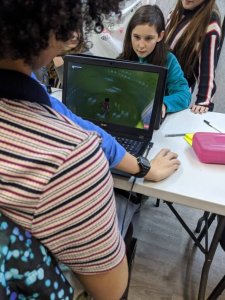 My project was a set of slides and games. They showed the travel from Europe to America. 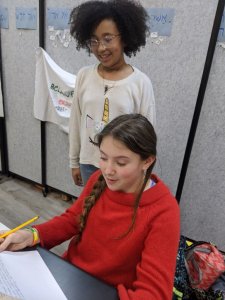 My project was on Gloria Steinem who was a big Jewish feminist of the 1970’s. In one of her most famous articles for the New York Times (“After Black Power, Women’s Liberation”), she talked about many of the feminist protests she had witnessed or heard about. So, for my project, through a series of slides I guided everyone to make their own protests and organizations. For example, Ronia’s organization was called FIRE or Furious International Rebels Evolution.