Monday was our first School’s Out Camp of the year! After some legos, coloring, and snack, we sang a camp song (Herman the Worm), and then settled in for some discussion on Indigenous People’s Day. We saw some music and dance from Lenape People, who are indigenous to what is now Philadelphia, and compared the way they learn about celebrate their culture in the United States today with the way we learn about and celebrate Jewish culture at Makom. We talked about what “indigenous” means, brainstormed how to welcome people whose identities are not always respected (for example, one suggestion was “speaking their language if you can”), and some of us shared where parts of our families come from (lots of countries in Europe, some Asia, Latin American, and western United States, and many of us have parts of our families whom we aren’t sure how they arrived in our region). Kids also noted “the passover story” and “World War II” as times in Jewish history where people had to leave their homelands not by choice. 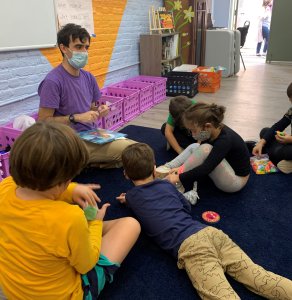 Shifting gears, we started painting spiders for the season; later in the afternoon, we used yarn to make spider webs to complete the art projects. During the elective block, kids read, built structures with craft sticks, and painted trees with Q-tips. We discovered that when building things with craft sticks, it was challenging to build anything tall when working individually, but when kids combined their projects and worked together, an impressively tall and sturdy structure resulted. 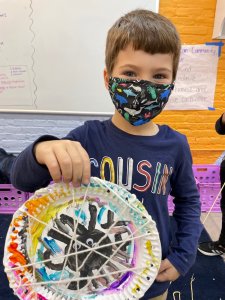 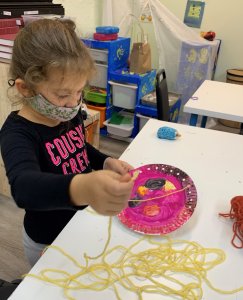 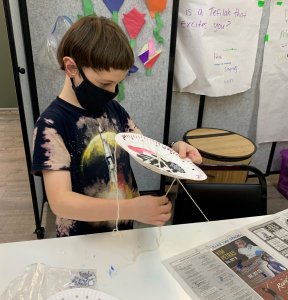 After lunch, playground, more drawing and building, sharing some silly riddles, and more snack, we read the book We are Water Protectors, a gorgeously written and illustrated story inspired by recent Indigenous-led struggles against pipeline construction. Our day ended with some active games including Red Light Green Light and Museum Guard, and with tefilah.

In South Philly, Kiddos read We Are Grateful: Otsaliheliga, a story about the awesome and challenging things each season brings and expressing gratitude. Kiddos took turns saying what they were grateful for and said a land acknowledgement: 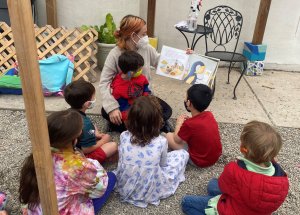 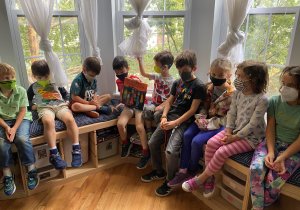 During our time at the park, we noticed some graffiti in the park with unkind statements about Christopher Columbus. Students reflected on why the person who made the graffiti might have done that. We collectively landed on the idea that they were probably feeling very frustrated and mad and that Columbus might not be the best name for the park.

Some other ideas we came up with:

Overall, the day was a blast, and we are so excited for our next School’s Out Camp Days, November 2nd and 11th.