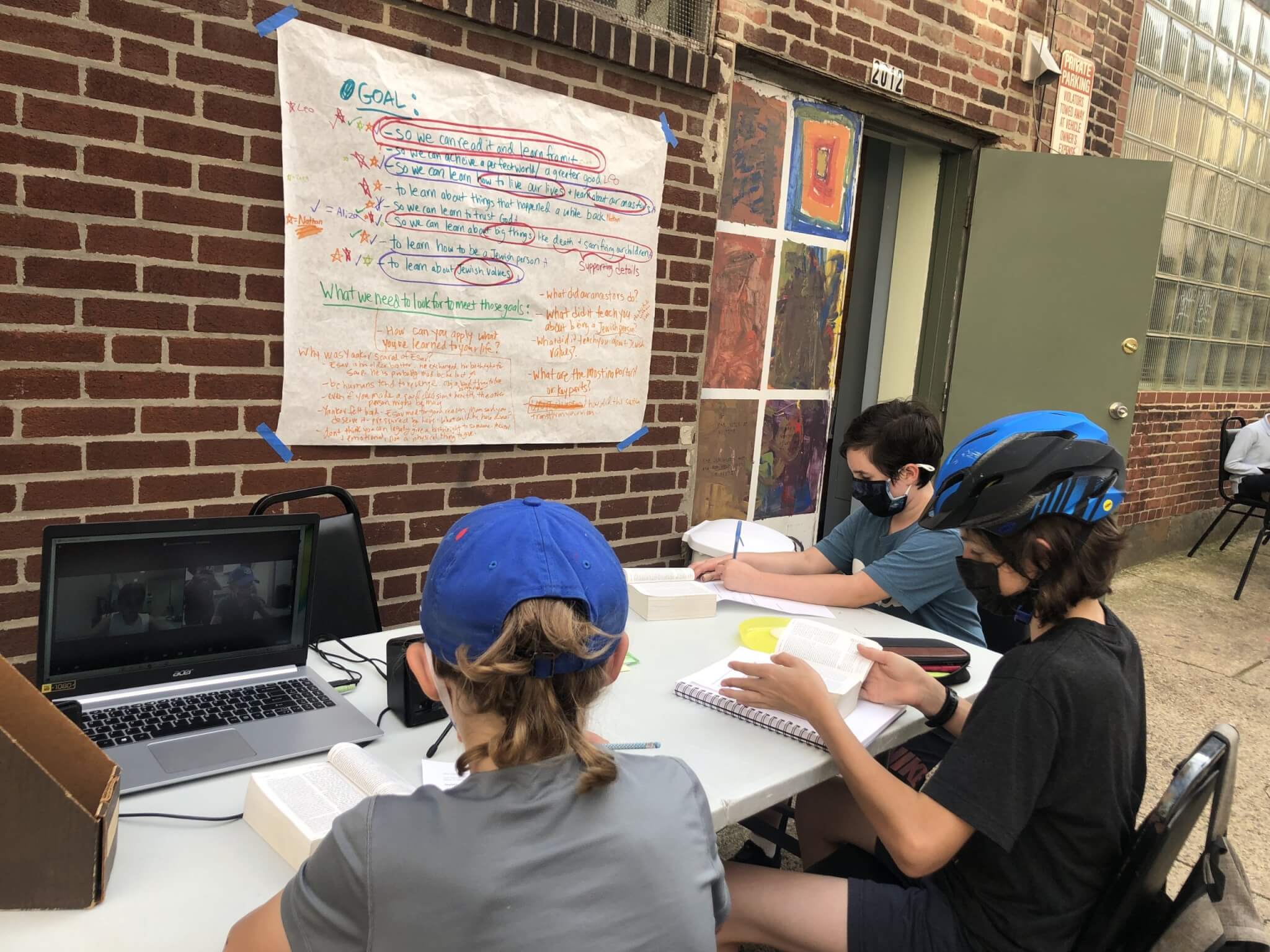 We are two weeks into our first Rosh Pinah project about all things tefilah (prayer). After our exploration of tefillah gear, we have been learning about the various opinions about when communal prayer began, diving into ancient and rabbinic Jewish history. We talked about what Jewish communal worship looked like during the time of the Temples about the early rabbis who, after the destruction of the second Temple in 70 CE,  lived and studied and debated in Yavneh, with the goal of figuring out how to maintain Judaism and Jewish communal practices without the Temple. 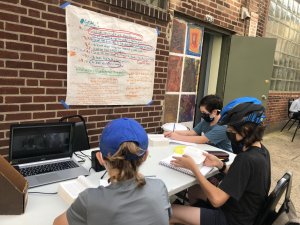 To get a deeper sense of how the rabbis worked together and how Judaism treats disagreements, we read the text of Mishnah Berakhot 4:3-4 as a skit, where Rabban Gamliel presents the idea that “each and every day a person recites the prayer of eighteen blessings [Amidah],” to which Rabbis Yehoshua, Akiva and Eliezer all respond with different opinions on the practical application of that idea. Some of what our BMitzvah cohort noticed was:

The class mostly liked Rabbi Akiva’s idea the best, which was “If [a person] is fluent in [their] prayer, [that person] recites the prayer of eighteen blessings, and if not, [that person] need only recite an abridged version of the prayer of eighteen blessings. They felt it was the most accessible and relevant to their own experience of learning to become fluent in and master tefillot over the course of their years at Makom.Add one more sentence here about what drew them to that idea. We also began learning about the 5 different types of tefillot, and will continue that discussion and also talk about the intersection of tefillah and spirituality next week. After that, will learners choose their own topics related to tefillah to do independent research on.

As a result of some conversations about “Why do we study Torah?”, our learners generated some very insightful goals and questions to guide them during text study in order to meet those goals. In the first picture above with our learners outside, you can see the initial version of notes from that conversation. And here is the completed version written up neatly to hang up in our classroom! 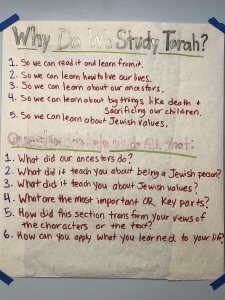