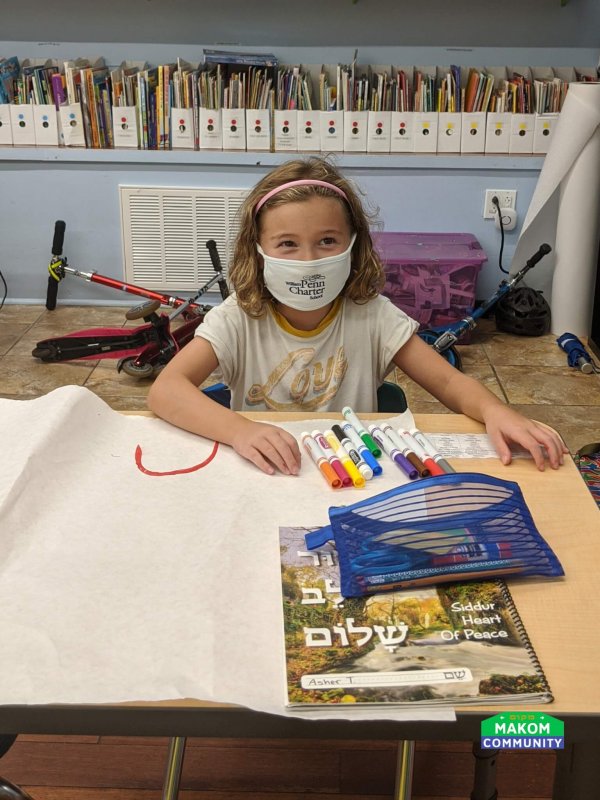 What an exciting week we’ve had at Makom Community! Our oldest learners practiced flexing their muscles as translators and interpreters of text. Our younger learners dug deep into self-image, leadership, and justifiable lying. Let’s see what meaningful insights we discovered along the way!

Nitzanim – Interpreting Text for Ourselves

Often when we present text to our kiddos, we do a process we call translating from English to English. We use the original Hebrew text alongside a somewhat archaic English translation to learn the story, and then later translate that English into a simpler English for our learners to understand. How do our kiddos unpack a text directly from the Hebrew and the more obscure English translations?

Last week, the Nitzanim (3rd and 4th graders) tried their hand at understanding text straight out of a TaNaKh (a book containing text of the Torah, Prophets, and Writings). We noticed that, even though the TaNaKh contains English translations of the Hebrew text, it can still be really hard to understand what the story is actually about. To practice our decoding skills, we dissected a part of the scouts’ story. 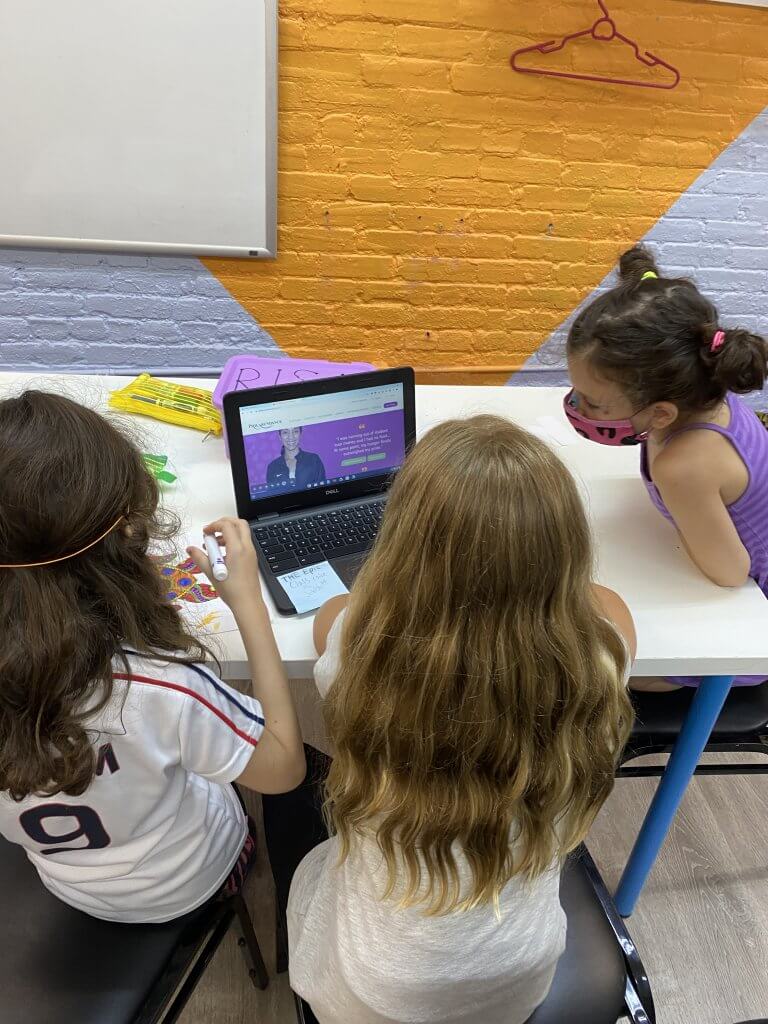 In the story, twelve scouts have just returned from Canaan, and 2 gave positive reports, while the other 10 gave negative reports. Then God gets really mad at Bnei Yisrael (the Jewish people) for not trusting God’s leadership and protecting, and threatens to kill everyone. We zoomed in on the phrase “The whole community broke into loud cries, and the people wept that night” (Numbers 14:1).  Here’s what we came up with for our translations and interpretations: 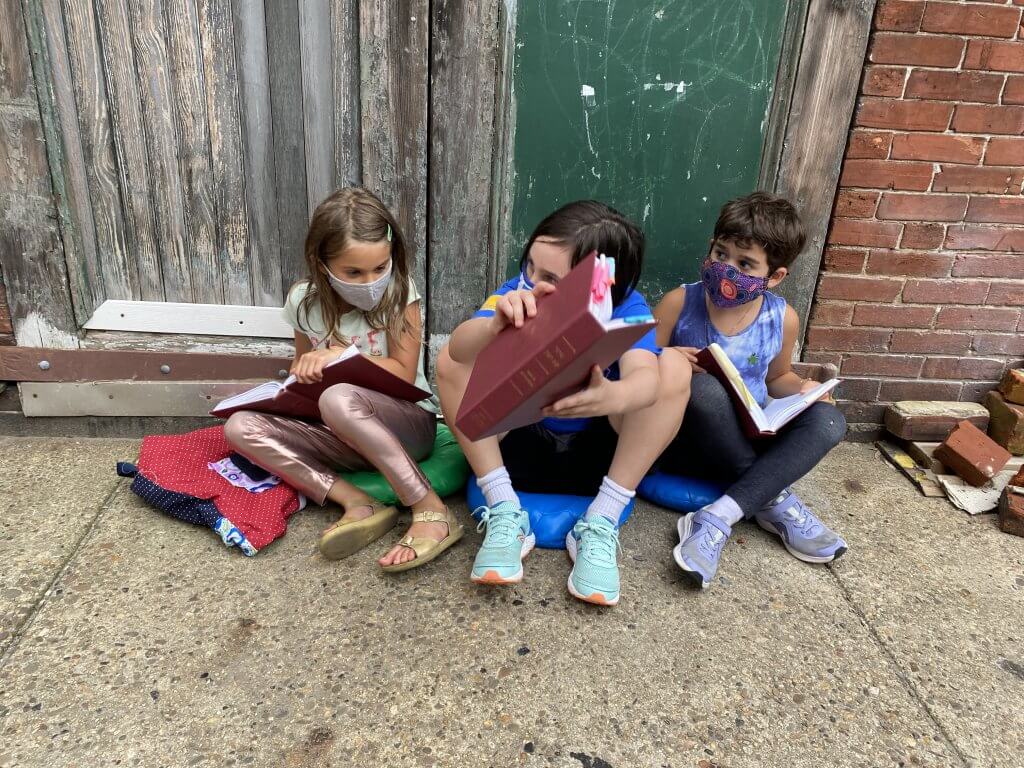 One kiddo translating “community” to “Makom” really struck the class as meaningful. Right now for some of us, Makom Community is the place that we are most involved with, and the first thing we think of when we hear the word community.

We continued the story, and came across the phrase “Then Moshe and Aharon fell on their faces before all the assembled congregation of Bnei Yisrael” (Numbers 14:5). Did they really fall on their faces? What does that mean? Here’s how the Nitzanim interpreted this verse:

We noticed that, even if we’re all starting out with the same source material, our interpretations of what we’re reading can change drastically from person to person, and also from day to day. Our Nitzanim have truly become commentators of Torah, and it’s so inspiring to see! 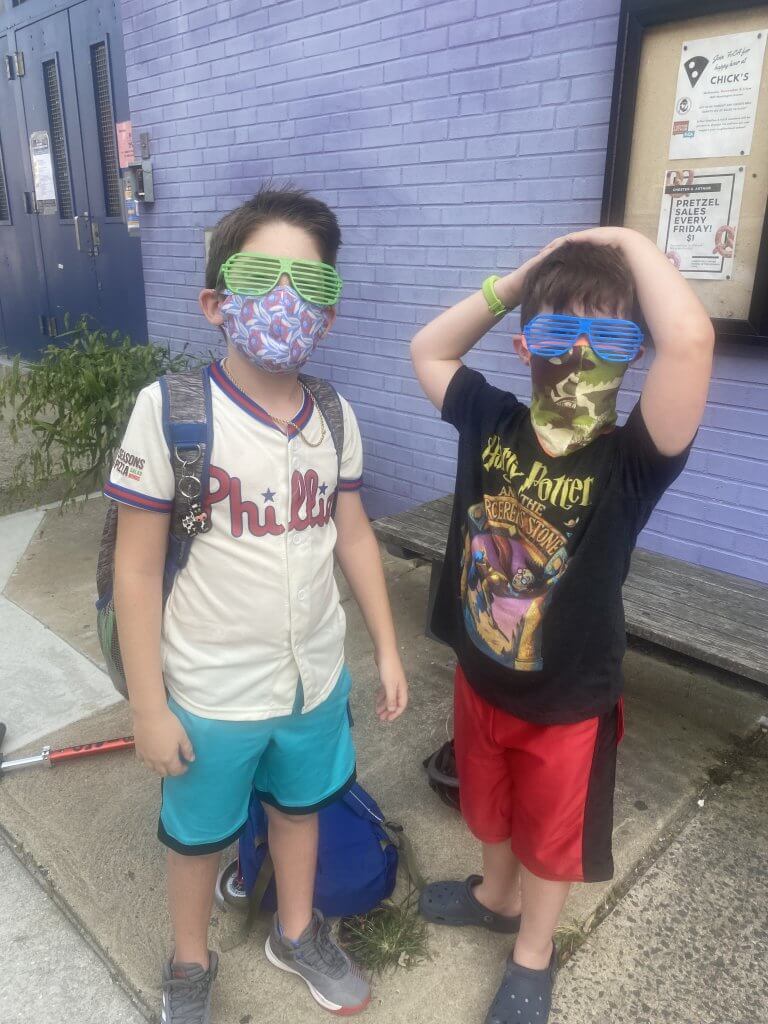 Shorashim – Self Image and Leadership

What’s important about how we perceive ourselves? How does that affect our experiences? Last week, the Shorashim (1st and 2nd graders) examined how the scouts communicated their experiences exploring Canaan to the rest of Bnei Yisrael. For our project time on Monday, we focused on a line of text where the terrified scouts return from Canaan after seeing giants in the land and exclaim, “We looked like grasshoppers to ourselves, and so we must have looked to them” (Numbers 13:23). To further explore what it means to view yourself as a grasshopper, the Shorashim paired up to draw portraits of each other. We first drew a picture of our partner pretending that we were grasshoppers, and then drew a portrait of our partner pretending that we were giants. As a class, we noted how even though the size of our partner didn’t change, our perspectives of them did based on how we understood ourselves. 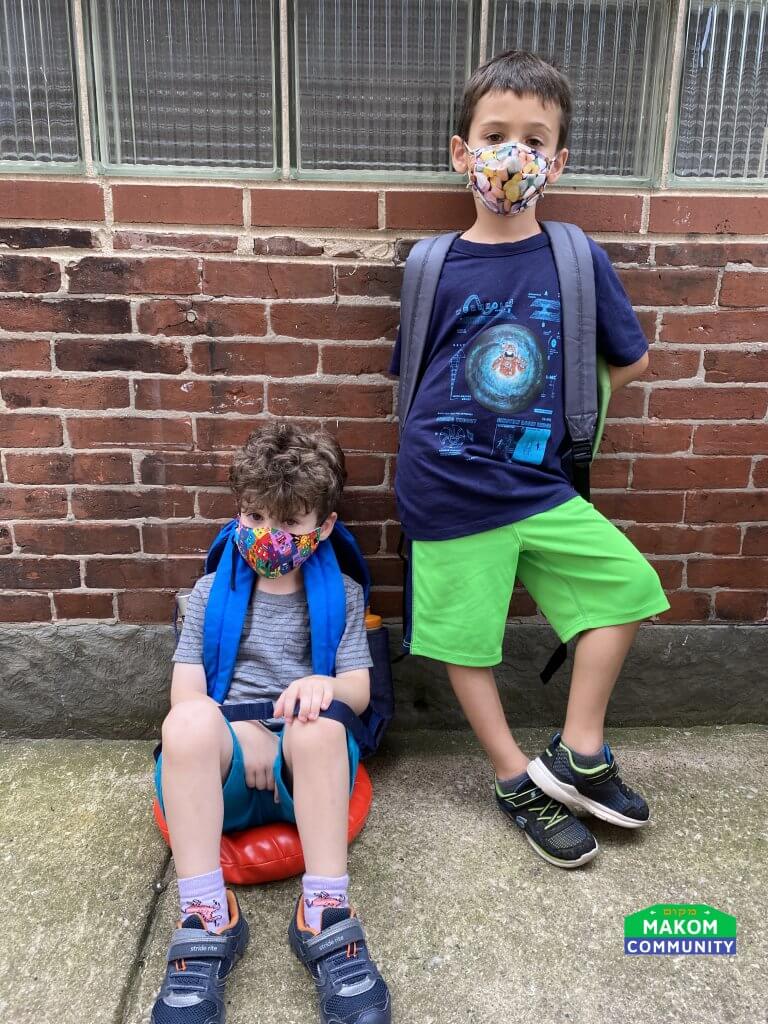 As the week continued, we continued our foray into this text by discussing what the scouts’ behavior said about their positions as leaders in their community. The kids decided that because the scouts were afraid and lied to Bnei Yisrael, they were not good leaders, but that Calev was a good leader because he was one of the only scouts who told the truth about the land, and encouraged Bnei Yisrael to continue to Canaan. After exploring Calev’s leadership, the Shorashim reflected on the ways that we are leaders at Makom:

The Garinim (preK and K kiddos) also focused on the scouts’ choices as leaders. We had some really interesting conversations about lying and whether or not it was always the wrong thing to do. Generally these kiddos strongly agreed that lying is bad, but it’s still a choice we make sometimes. Why? Does the end result ever justify the means? We spent a while sitting in the discomfort of uncertainty around that idea.

Is it OK to lie or do the wrong thing in order to get the right outcome? 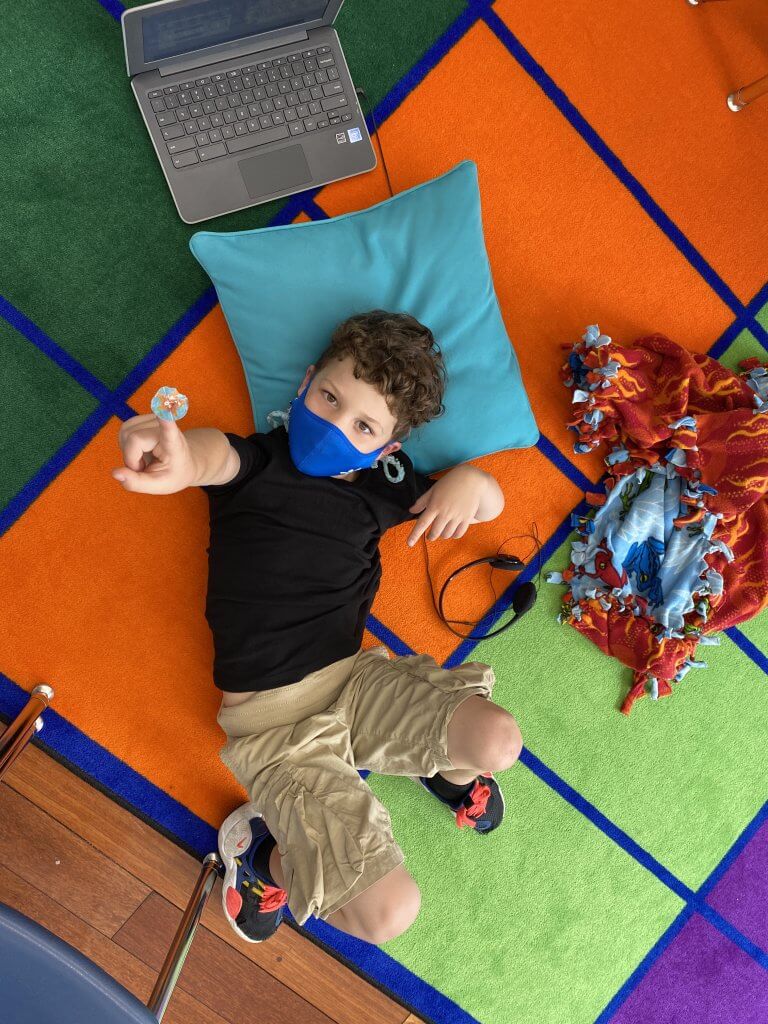 What about when you’re planning a surprise party for someone?

What about your parents tricking you to clean up your toys by challenging you to do it in under a minute?

What if you’re pretending to be someone’s friend so they won’t be lonely? 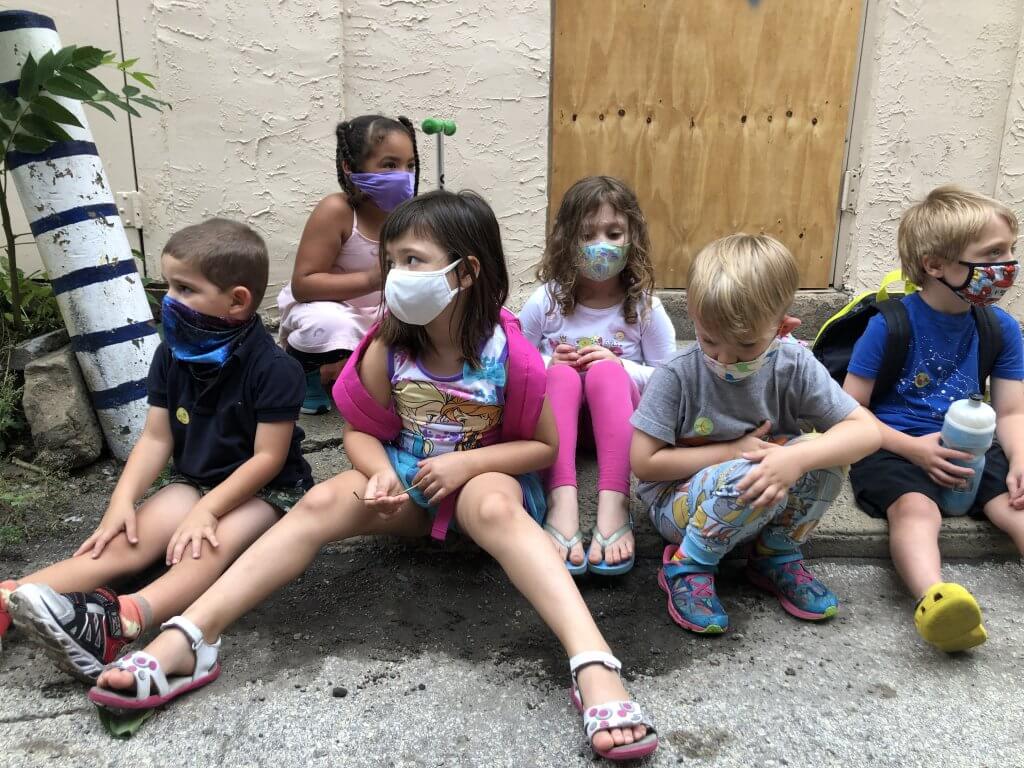 Suddenly lying is not so straightforward! If the spies lied inasmuch as they didn’t report an objective truth, but their perception of Canaan was distorted by their own fear, were they really lying? If they knew what they were saying was untrue, but they wanted to protect their families and community from war, does it make their lying less bad? Unpacking this story left us with lots to think about regarding our own choices and mistakes, especially as we looked towards the upcoming High Holidays.