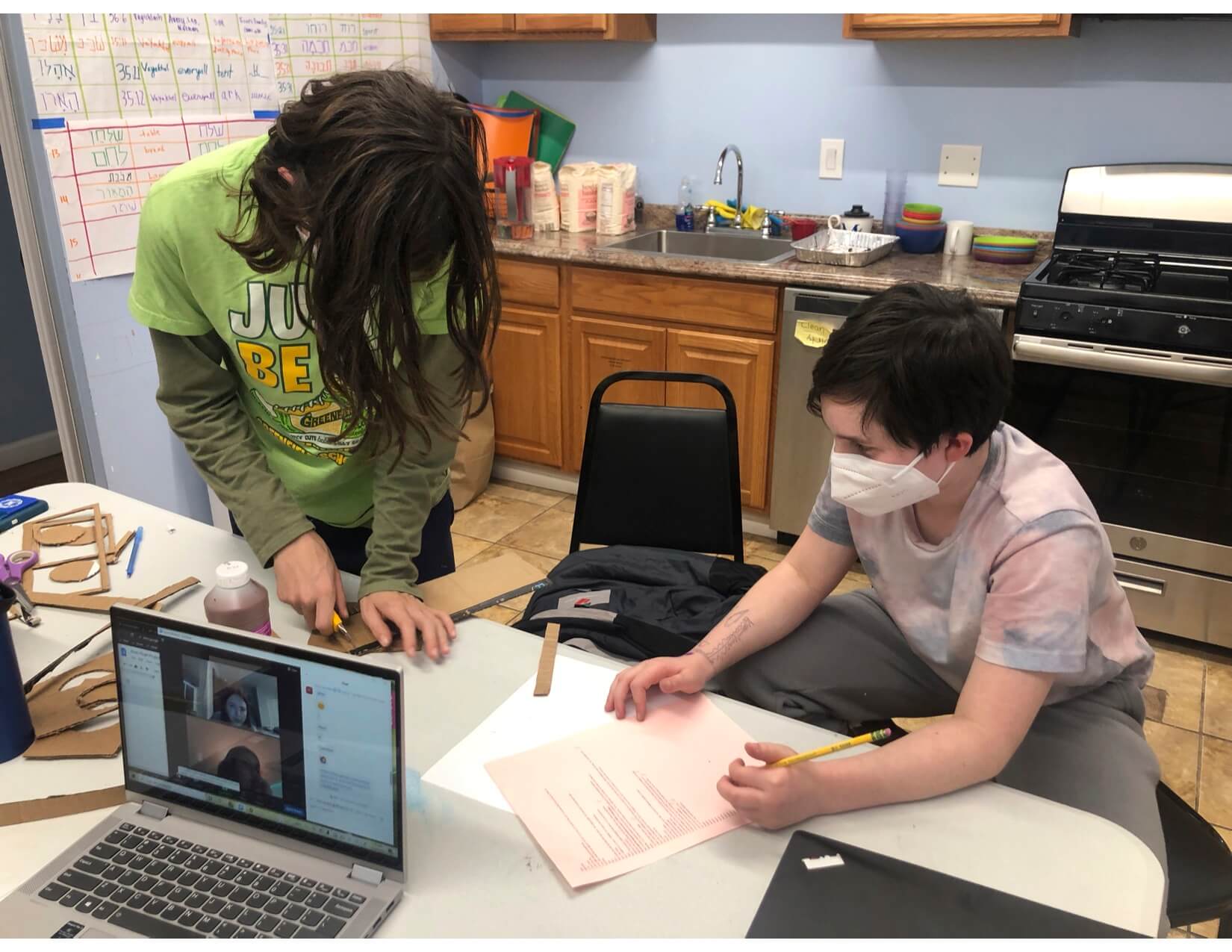 Our learners have been hard at work finishing their Rosh Pinah projects. Today we did a run-through of their presentations for each other, giving feedback and sharing things we liked.

I certainly had a lot of nakhes (pride) seeing their ideas come to fruition, their ability to follow through, and the pride they took in themselves! We are all looking forward to the presentations on Monday, when they will get to share both their projects and what they love about BMitzvah with the Nitzanim class.

We also concluded studying Vayakhel. Before beginning the final chapter, we took some time to predict what it was about- would it be more of the same recitation of fine details about the materials used to build the mishkan? Or be the story of a grand celebration because they finished? Some other ideas were:

While some of these ideas seem like just goofy, far-fetched storylines, it shows how much our learners understand about the nature of Torah. Time and again God acts in sometimes unexpected ways. Time and again, entire chapters contain only a list of names for a specific reason. It was a fun and engaging way to prepare for the final chapter. Can you guess which idea was right? Yup, it was the last one! More details about how they built the mishkan. When the parsha ended at verse 20 (the chapter continues to verse 29), with the verse “All the pegs of the Tabernacle and of the enclosure round about were of copper.” everyone asked:

And we learned that sometimes, that is how the Torah does it.