Happy Chanukah! This week has been so joyous as we have gathered to light Chanukah candles as a community everyday. This week, each kevutzah reviewed the elements of the Chaunkah story and Chanukah traditions. 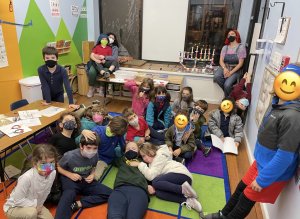 The Garinim (kindergarten) started off last week with a brief overview of the Chanukah story, and then took a deep dive into the brachot (blessings) that we recite before lighting the Chanukah candles each night. Those brachot start with “Wow God!” and end with:

We looked at each of the brachot and unpacked what each one invites us to focus on about the holiday and the act of lighting candles.

What does it mean for something to be holy?

How can lighting candles be holy? How can it make us holy or help us mark a moment as holy?

What were the miracles of the Chanukah story? How can we tell that something is a miracle?

How does it feel to celebrate Chanukah again? It’s been a whole year since the last time you got to do it! 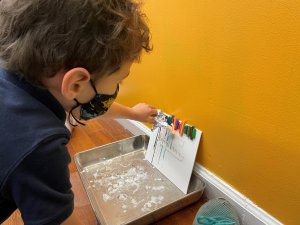 This week, Shorashim (1st and 2nd graders) had many insightful reflections on the significance of Chanukah traditions. On Monday, we started by listing what we already associated with the holiday:

In the case of the menorah, we then discussed the difference between a menorah (which has seven branches and was used in the Temple) and a Chanukkiah, which we use on Chanukah today. This fostered a great question about symbolism, with kids posing questions on what would happen if we only had the Chanukkiah instead of the menorah and used them both the same way.

Then a few kiddos volunteered to read the story of Chanukah.  We considered how it would feel to defy a command in order to act with integrity, as the Maccabees defied Antiochus. Kids noted that they would feel “kind of scared and kind of brave” and that it would depend on how powerful the person who they were defying was. One kid felt that eating candy in defiance of their parents would be the best example of acting in integrity in defiance of a command.

After discussing the meaning of candles, we decided that the practice of lighting candles becomes important when it is done repeatedly such that it becomes part of one’s culture/tradition.

On Wednesday, we started with a silly book about a bear who wandered into a Chanukah party and was mistaken for the rabbi. We decided that if we wandered into such a party and didn’t know anything about Chanukah, we would:

Like how the elderly matriarch cooking interpreted the bear’s grunts as the voice of the rabbi, we considered how Jewish traditions also arise of interpretation of things that are not always clear. For example, Hillel and Shammai disagreed about the order of lighting Chanukah candles. We mostly decided that we agreed with Hillel, who suggested that we start with one candle the first night and go up to eight on the last night, because it felt more exciting. However, some felt that if we had adopted Shammai’s practice of starting with eight candles and going down to one, it would reflect that light would shrink rather than grow as the fuel is depleted, that it would be more obvious how many days were left, and that it would feel just as normal as Hillel’s way if that is what we had always done. 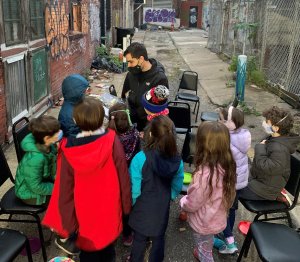 Nitzanim (3rd, 4th, and 5th grade) recalled the story of Chanukah and brought it to life through creating comics and acting out some key events. We also explored the meaning of a miracle.

Some of our reflections:

Kiddos got creative when playing a game of Chanukah-themed photographs. In this game, we had 10 seconds to create a scene related to Chanukah and then freeze, resulting in some silly poses.

We also discussed the basic mitzvah of Chanukah: lighting candles! We colored how Hillel and Shammai argued about this practice we do each year. Kiddos created their own paper flames and we practiced sticking them on our chanukiah. 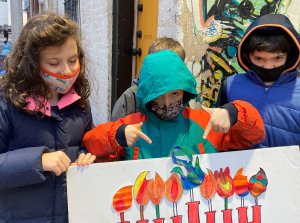 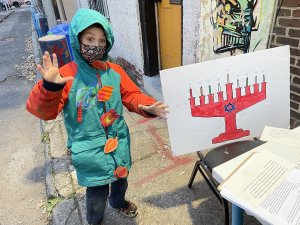 Some notes from our Chanukiah discussion: 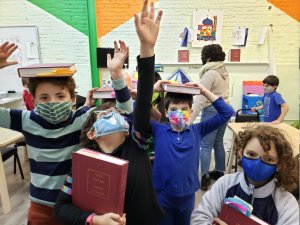 With Chanukah coming to an end and brits on all the kevutzah walls; we are so excited to start our next unit next week: Holy Me. We are excited to see what kiddos contemplate about the principle of holiness.