This week, our learners reflected on the ways our souls are absolute and part of people as a unique creation. We discussed what responsibilities come with being holy and having a soul, and empathized with the difficulties Moshe faced while communicating with Pharaoh and all of Bnei Yisrael (the Jewish people) while having a speech disability.

In Garinim (kindergarteners) our learners discussed: 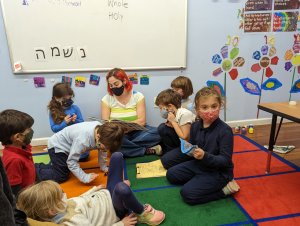 What makes you holy? 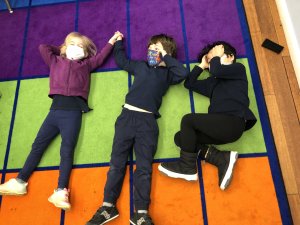 How do you think Moshe feels about his job as the communication link between Bnei Yisrael and God, given that he didn’t want the job and he has a speech disability? 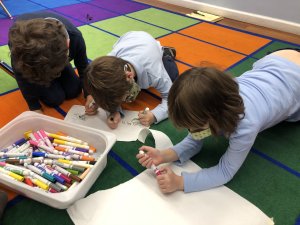 Do you think Moshe is a holy person for having this job? Or for having a disability?

One learner thought that, “maybe if Moshe remembers that he’s holy, his sad, mad, and annoyed feelings about this job he doesn’t want will go away.” 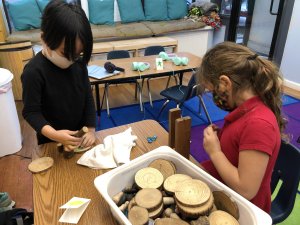 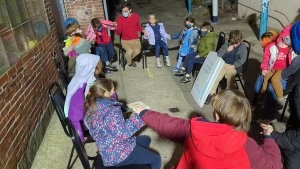 Shorashim (1st and 2nd graders) started the week with the book “The Keeping Quilt,” the story of a family heirloom that became holy through its many uses throughout generations and countries. Some things that we named that were similarly holy and important in our own families included:

An object might become holy, we deduced, if it holds past memories, such as from another home or another land.

On Tuesday, we had a chance to act out the scene in small groups in which God tells Moshe to tell the community of Bnei Yisrael that they are holy. Kids reflected on what we do to show and tell people that they are holy:

Why everyone is holy, and what exactly that means, continues to be a complex concept, with kids taking different views depending on their varied conceptions of what is or isn’t God.

We read the book “Oliver Speaks” in which the main character, who has a stutter, is worried about presenting his All About Me project in front of his whole class. Our learners had a mix of feelings on their own level of comfort when speaking in front of a large group of people. We noted that Moshe, who was called upon to be the “mouthpiece” for God, is also understood to have had a speech disability. 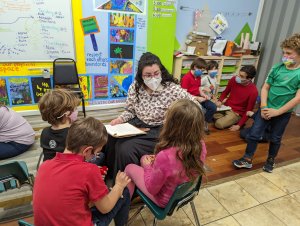 On Wednesday, we talked about another abstract concept: the soul. We started with some famous soul music: “Ain’t No Mountain High Enough” by Marin Gaye. We also listened to a recording of “This Little Light of Mine” by the great Philadelphia gospel singer and rock & roll pioneer Sister Rosetta Tharpe, which has some soulful qualities; kids noticed differences between her rendition and the version of the song they knew. Learners had mixed views on whether they heard these songs as soulful. Some ideas on what a soul would be:

From there, many learners agreed that everyone has a soul, although one child suggested–and some others agreed–that Donald Trump doesn’t have a soul. Educators suggested that maybe different people’s souls look different. Thinking more about what a soul might look like, one learner suggested that a soul is a rainbow, while others thought it could be red or black. It was exciting to see Shorashim explore these complex, abstract ideas, and this exploration will certainly continue! 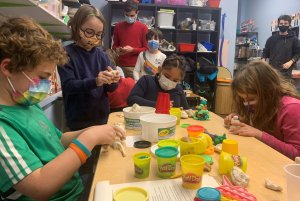 To unpack these concepts of holiness, Shorashim‘s Schulchanot Avodah included: 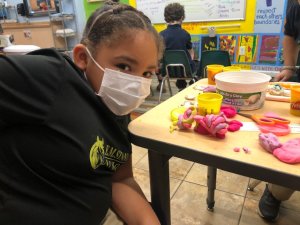 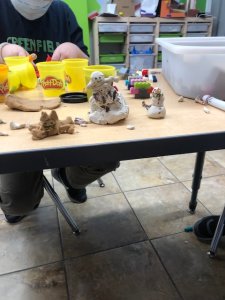 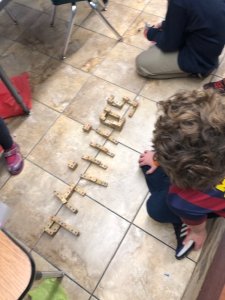 This week, Nitzanim (3rd, 4th, and 5th graders) has been exploring what makes us, us! From sculpting animals that represent our personalities, to creating all-about-me trivia questions, kiddos have been reflecting about themselves and their Kevutzah-mates. 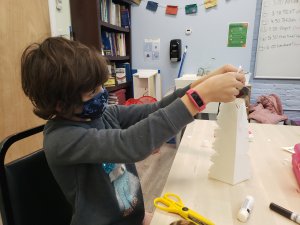 We have also started imagining what makes someone or something “holy”. Something is holy when…

On Tuesday, we studied Elohai Neshama and examined what a “soul” is and what it means to have one. Together we imagined how humans and souls were created. Here were some theories:

We then continued to explore our unique personalities with the “Newly-Friend Game” where we tested how well our friends know one another! Turns out Nitzanim knows Nitzanim!

On Wednesday, we began discussing the upcoming holiday of Tu B’Shevat and how this holiday is an opportunity to celebrate the holiness of trees and nature. We did some activities related to the holiday, including a matching game with the fruits we eat during Tu B’Shevat and creating a poster about the holiday. 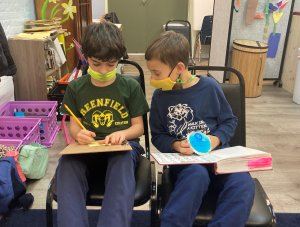 We can’t wait to continue exploring these topics with our super smart and creative kiddos next week!