IT’S PURIM – one of our (or at least Gaby’s) favorite times of the year at Makom Community! 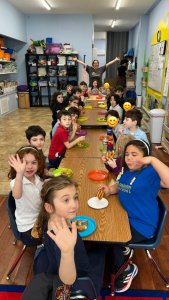 The Garinim (kindergartners) spent the week leading up to our Purim spiel (play) and megillah reading celebration familiarizing ourselves with the story, making silly masks, illustrating the holidays four mitzvot (commandments), and generally having a giggly time.

We examined the whole story of Megillat Esther (the book of Esther) through two different lenses. First we compared it to what we know so far about the Yetziyat Mitzrayim (leaving Egypt) story. We found several parallels between the two stories in their overall structure – an oppressor taking issue with the existence of the Jewish people, wanting to do away with them in some fashion, resistance, and then things ending very poorly for the oppressors. 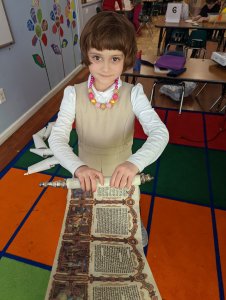 Given that the Jews at the time of the Purim story already knew about and learned from the Yetziyat Mitzrayim story, we noticed some interesting differences. 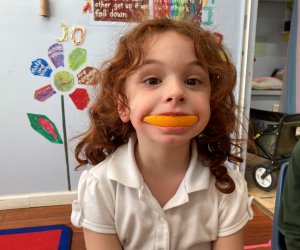 We set up our second read through Megillat Esther by practicing responding to situations in which we felt really upset or angry in a few different, productive ways: 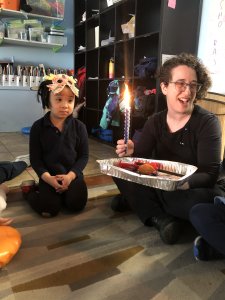 There are A LOT of moments in the Purim story where someone gets angry, and we noticed that they generally took none of these routes. Several characters respond in anger by killing or planning to kill the person or people who offended them. We identified them as anti-role models for ourselves for the moments of our own anger and imagined how different the story could have been if Haman or Achashverosh had some good calm down tools. 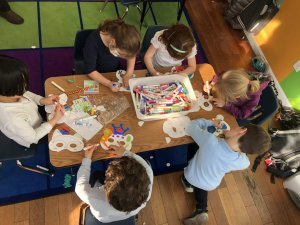 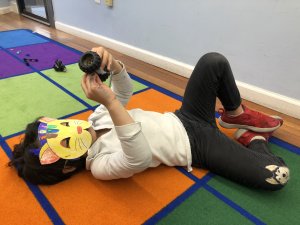 Shorashim was so excited for Purim. We started the week reviewing the story of Esther and made some interesting comparisons of King Achashverosh and Pharaoh.

Here are some thoughts:

Kiddos also reflected on the similarities in the story: 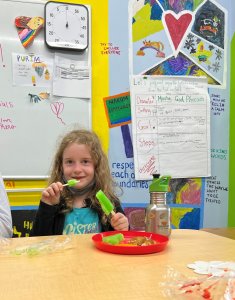 Later in the week, we watched a trailer from the new Disney movie, Turning Red. We noticed that the main character, Mei, has a big feeling, she turns into a red panda! When this happens in the trailer, Mei runs away. We felt that this situation of having big feelings happens a lot in the Purim story and Yetziyat Mitzrayim.

We listed moments in both stories when the characters are having big feelings and how they react to them:

Kids tried to identify the feelings Mei could have possibly been feeling like embarrassed, mad, overwhelmed, and upset. Kids brainstormed other things that Mei could have done instead of running away.

Kids also reflected on whether running away is an ok option when you’re upset. We didn’t come up with a definite answer but some kiddos felt that when they separate themselves from a situation, they can be with themselves and feel better. 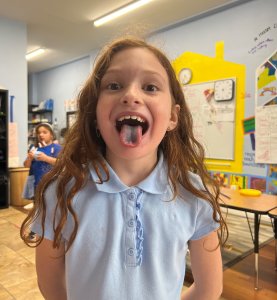 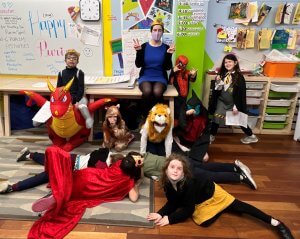 Nitzanim (3rd-5th graders) rang in Purim by practicing the mitzvah of reading the magillah. As we jumped from reader to reader, we passed around a crown to wear a la Vashti and Esther. We discussed how Esther hides important parts of her identity to protect herself, which is why she takes on the name Esther instead of her Hebrew name, Hadassah.

Nitzanim reflected on times when we hide certain parts of ourselves for our own protection:

Here’s where Nitzanim feel comfortable to be their full selves:

We also unpacked the way that Esther had to balance her own needs along with those of the Jewish people who were counting on her when standing up to the king and Haman. Nitzanim reflected on how Esther asked her community to pray and fast for her for three days leading up to this confrontation.

We thought about the answers to these questions:

How can we be there for someone, even if we don’t have the access to be there in-person with them?

How can we support others when we ourselves are going through a challenging time?

Nitzanim further explored these themes of supporting one another with a game of “All Together.” The challenge is for kids to sit back-to-back and link arms with a partner, and stand up without separating. We had fun racing against the clock to stand up without separating! Kiddos were challenged to balance their physical needs with those of their partner for a silly time.

We continued our Purim celebration by practicing another mitzvah of Purim, having a seudah (feast)! Along a long table, Nitzanim joined the rest of Makom in enjoying special snacks together. Yum! 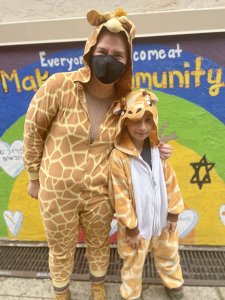 Makom’s Purim Celebration was full of joy and laughter! We are so proud of all our incredible kids! Thank you to all of those who joined us. Please enjoy this plethora of pictures from the celebration. 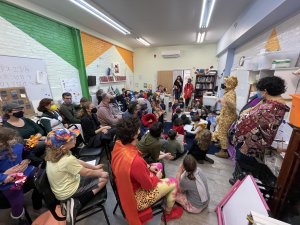 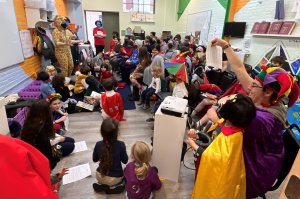 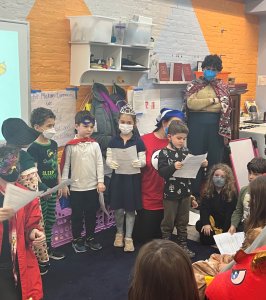 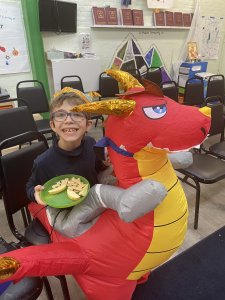