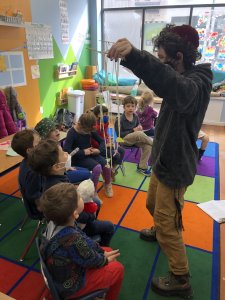 The Garinim (kindergartners) unpacked plagues 2-7 as we moved towards the climax of the Yetziat Mitzrayim (leaving Egypt) story. We’ve particularly enjoyed making a hands-on physical portrayal of the cumulative effects of each plague on the Mitzri (Egyptian) land, animals, and people in a small model of Mitzrayim. Using this model our learners are gaining a greater appreciation for the total devastation the plagues cause on the Mitzri ecosystem and every aspect of ordinary people’s lives. 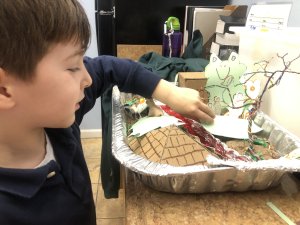 For several of the plagues, after Moshe and Aharon bring the punishment down on Mitzrayim, Pharaoh’s sorcerers attempt to replicate it in order to prove that God isn’t more powerful than Pharaoh. Many Garinim were absolutely baffled by this pattern. “Why would they do that?” they ask. “Why did they make more blood out of the water? Why didn’t they turn the blood back into water instead?” Or, “Why would they make more frogs? Why wouldn’t they make the frogs go away?”

We’ve imagined several answers. One is that the sorcerers were so focused on matching God’s power in bringing the plagues that they only thought to replicate them rather than remove them. Another kiddo speculated that they were just listening to what Pharaoh wanted. Pharaoh certainly seems focused solely on himself, proving his power, maintaining his position of control and authority over the Ivrim (Hebrews) regardless of the cost to his own people. It seems likely that the sorcerers are stuck on what Pharaoh wants rather than what will actually help the Mitzrim (Egyptians). 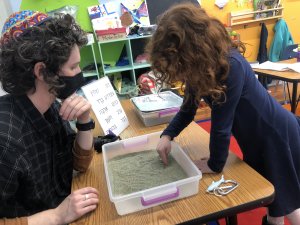 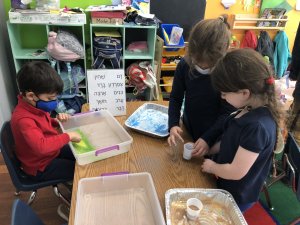 We took turns interviewing each other as regular Mitzrim – what did they think of the plagues and Pharaoh? They said that it totally wasn’t fair that they were getting covered in boils for the Pharaoh’s cruelty and stubbornness. They wished that Pharaoh would just let the Ivrim go, and that they could quit their jobs too! They had so much empathy for the servants and regular Mitzrim, and imagined solidarity between them and the Ivrim. It was heartwarming and left us with much to consider! 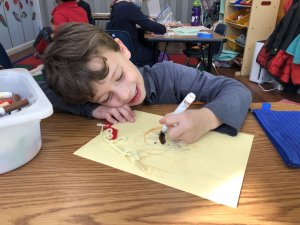 Shorashim had an awesome week exploring text and asking many “I wonder…” questions! Kiddos empathized with the citizens and ecosystem of Mitzrayim when all the dust and sand of the desert became lice (ew!). However, when posed with the silly question: would you rather experience bloody water or a lot of lice for a week, the majority of kids chose lice because we can’t survive without water! 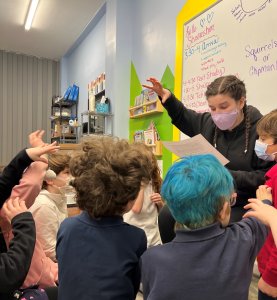 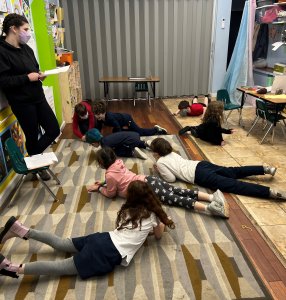 Kids mainly wondered why God continued to bring plague after plague, each one getting worse and worse:

Many kids felt confused on why the plagues were happening to the Mitzrim and not just Pharaoh and the taskmasters, but one kiddo reminded the group that the Mitzrim were bystanders. They noticed that mistreatment of the Ivrim yet did not question it or stop it. 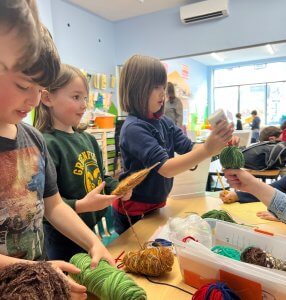 The shulchanot avodah (activity centers) this week included the following: 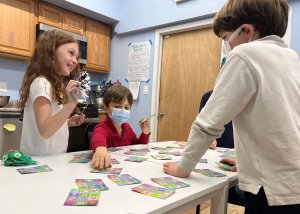 As we tread on through the journey of Moshe in Mitzrayim (Egypt), Nitzanim (3rd-5th graders) is finding connections to their own lives! We discussed how Aharon and Moshe were the humans who initiated, at least visually, the plagues. How does it feel to be the first person to start something big?

Learners also reimagined the plagues in Yetziat Mitzrayim (Exodus) that we read each year in the format of a video game! Using the plagues as their framework, we ended up with some really interesting game ideas. Here are some of the pitches: 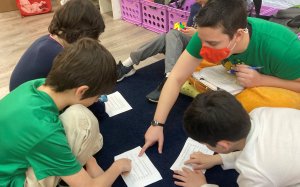 Nitzanim kiddos are brainstorming and writing up fascinating ideas in their project proposals for this unit’s showcase! Each individual project is completely driven by learners’ interests and preference for modalities. The question we’re trying to answer is “How might we connect the history of the Jewish People to who we are and hope to be within Jewish communities?” Learners are using the Haggadah, or the text which guides the Passover seder, as a framework for their projects. While some learners are working off parts of the maggid (story), others are exploring parts of the seder such as the Shulchan Orech (meal), Afikomen (dessert/the piece of Matzah hidden during the seder for children to find), and the Seder plate! We can’t wait to show off our Haggadah, just in time for Passover! 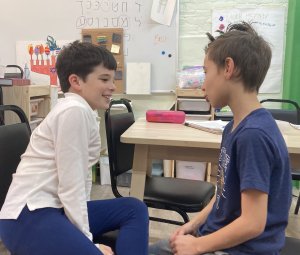 Next week, we are gearing up for the rest of the plagues and Bnei Yisrael finally leaving Mitzrayim and the challenges that come with it.