Finally we got to hear God’s response to Bnot Zelophechad’s (Zelophechad’s daughters) request to be able to inherit their father’s land! Spoiler: God agrees with them and thinks their request is completely just.

We dove deeper into the situation of women in the Torah and discovered that men had autonomy in the Torah but that women, children, and slaves did not. 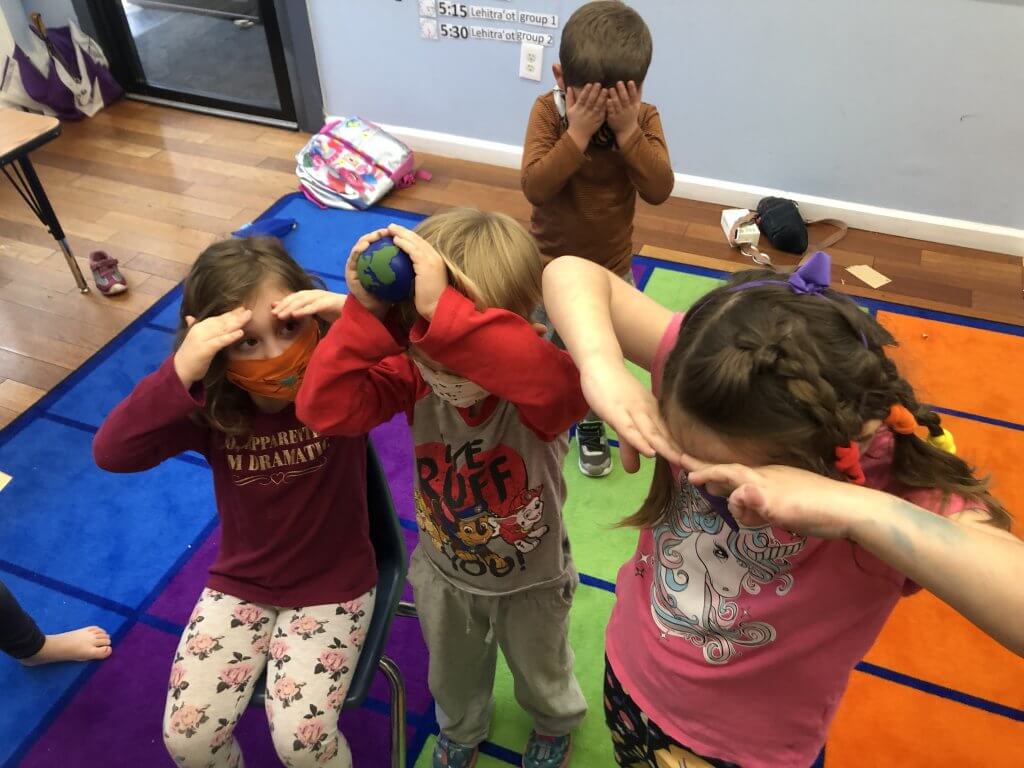 Our discussion of who had autonomy and who did not shifted our perspectives on the weight of Bnot Zelophechad’s actions. When asked if standing up and speaking out was easy or hard for Bnot Zelophechad, Shorashim kids thought that…

The precedent set before this story was that only men could inherit land, whether they be sons of the deceased, brothers, or uncles. After Bnot Zelophechad brought the issue to Moshe, God declared that the order of inheritance is as such: son → daughter → brother → father’s brother → closest male relative in the same tribe. The Nitzanim (3rd and 4th graders) had some questions about this: 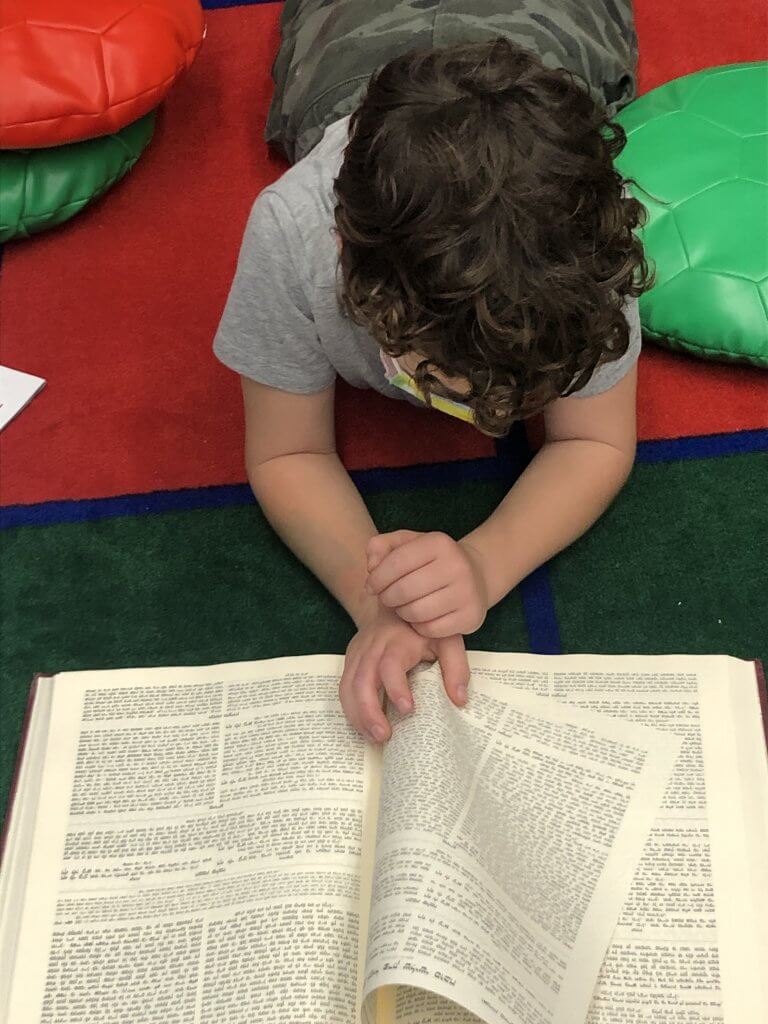 The Garinim (preK and K kids) were similarly dissatisfied with this conclusion. Several of them are in families with multiple genders of children. The girls in particular were confused and frustrated about what would happen for their families:

The fact that only daughters of the deceased were included in the line of inheritance gave the Nitzanim some pause. We were happy that women were included at all, but felt some confusion as to why it was only the daughters. What about sisters? Mothers? Nieces? Ultimately we came to the conclusion that it was like God and Moshe were “throwing them a bone.” Bnot Zelophechad had a good case as to why they should be able to inherit their father’s land, so they were rewarded. However, God wasn’t yet willing to include all women in this lineup and make it truly equal. So, is this justice? Here’s what the Nitzanim had to say: 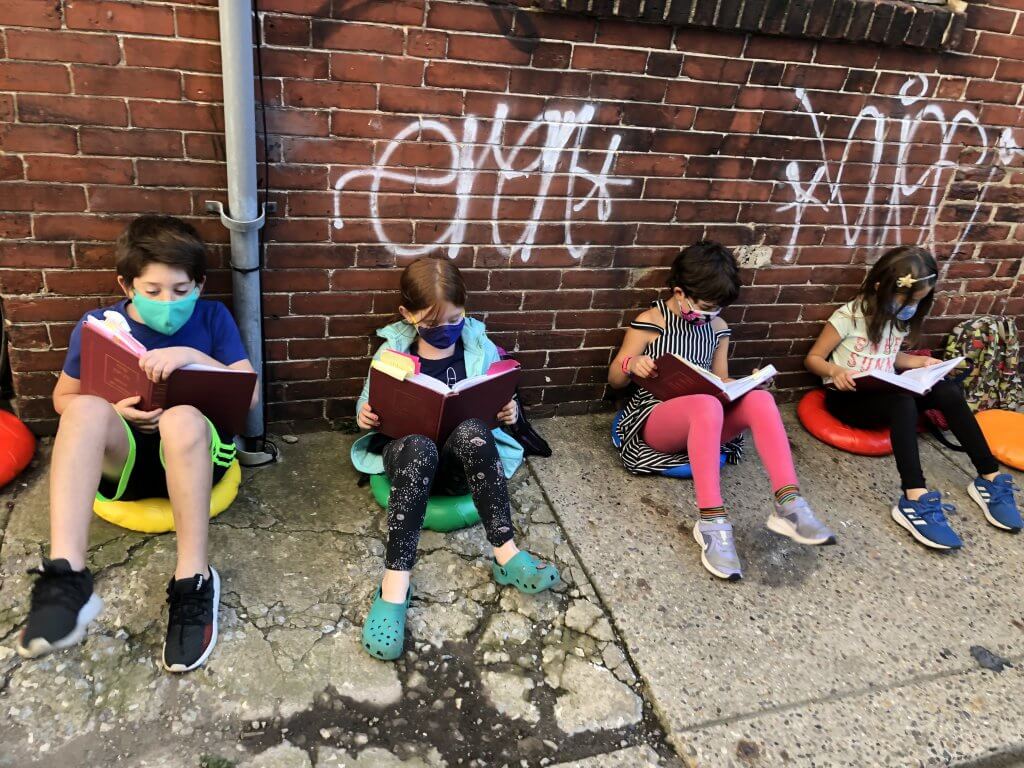 The Shorshim discussed what changing a precedent looks like in our own lives, specifically at Makom Community. Our learners decided that if we have a problem with our brit (two-way promise) somewhere down the road we can’t just change whatever we want. It’s important to involve everyone.

The Garinim also zoomed out from the story to look at the framework for how to go about making change in our communities.We created a chart showing the steps for making change alongside examples from the text corresponding to each step: 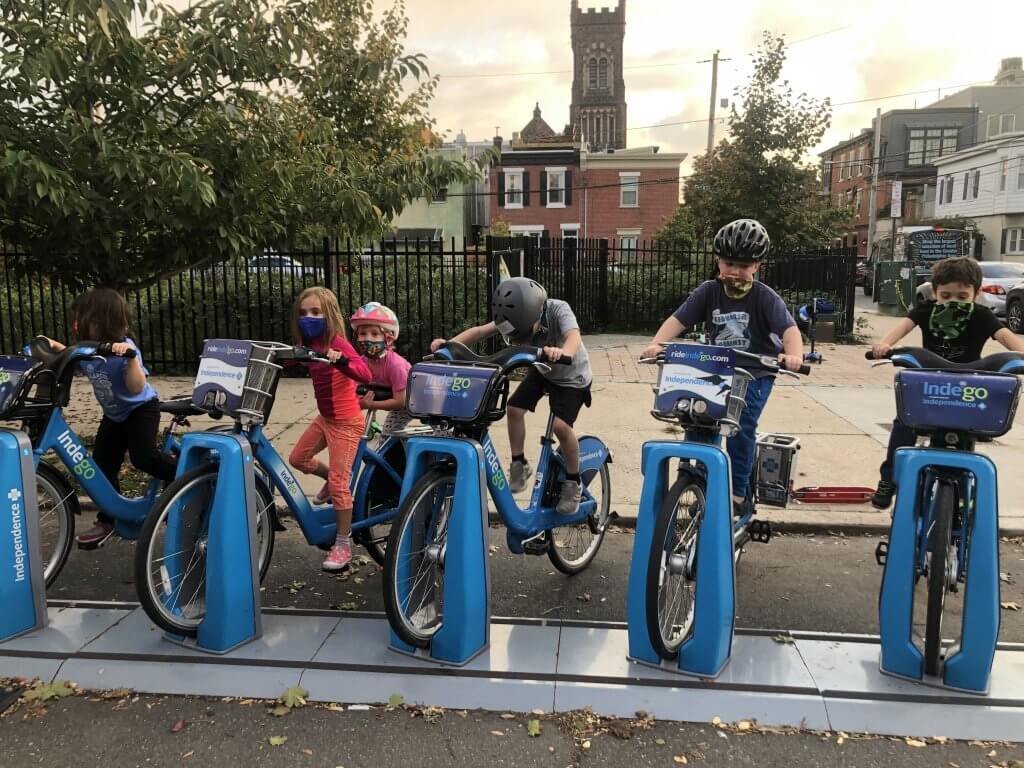 Then we took this change-making framework and brought it back to our lives. What’s an injustice or a problem that you notice and want to change? I asked. “There’s a president that I don’t like or agree with!” There’s our step one – noticing injustice. The first set of plans we came up with were around political action – making signs, encouraging voting, and asking for lots of help from our parents and other grownups around us who can actually do the voting.

After exploring that avenue of change-making, I asked us to reverse backwards to the original injustice we noticed. What about this president didn’t we like or was causing injustice? One kiddo said that he doesn’t treat Black people well and encourages other people not to treat them well too. That’s a different problem, and calls for a different plan. Kiddos in Garinim can’t vote someone into or out of office, but we can go out of our way to treat Black folks and other people of color well. And we can deal with our own feelings about how we see other people responding to and treating Black people. Who can we ask for help with this injustice?

Our learners are processing big ideas and concerns! We love using Torah as a guide to our journeys through complicated situations and issues in our real lives. Hope you can find some inspiration from our learning to keep bending the arc of history towards tzedek (justice).